And another update on this blog, though this time directly plagiarized of the one Intero wrote for today’s Indiegogo update. You might call it lazy, I call it efficient.

We have been receiving quite a lot of constructive feedback regarding our demo and we really appreciate it! A lot of people have remarked that our portrait graphics look rather unpolished and that’s why T-Free has been looking into improving those:

That is just a taste of how much better the game will look if we manage to reach the funding goal. I’m personally very surprised how much better and more detailed the portraits look! JUST LOOK AT EGYPTIAN MR. FREEZE!!

Looking beyond improvements (and name similarities), Frece has been very busy designing new enemies for the heat area in CrossCode: 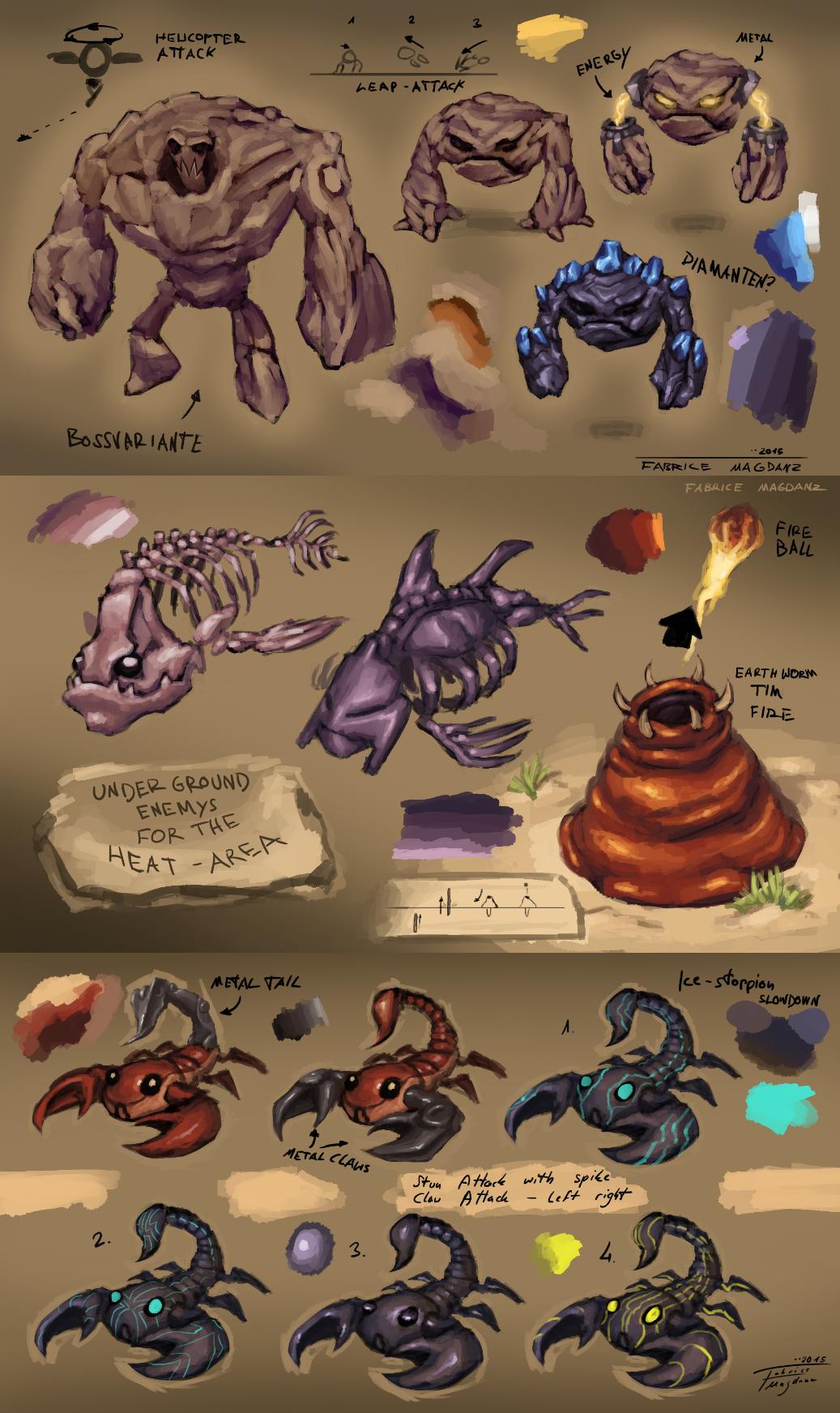 We’re really lucky to have such amazing artists on our team!

On another topic, Lachsen and Teflo finally invaded SXSW in Texas, equipped with a playable demo, beautiful-looking flyers and lots of charged balls to throw at random people on sight. A heartfelt shoutout to Starr Mazer, who are apparently their neighbors (and condolences for being the first victims of the ball-throwing).

Our campaign has been picking up a lot of steam again, thanks to the coverage we are getting lately. The last two days were no different.

There was a great article on Destructoid, that emphasized one of CrossCode’s biggest strengths: Balls.

Foka, another German Let’s Player, has made a video about the Puzzle-mode in German. This was especially nice of him, because he normally doesn’t show unfinished games, so special thanks to you, sir!

Another special mention goes out to a Damn7O, a loyal fan of CrossCode who already made quite a few videos about it and is still going. His “Blue Hedgehog” skit was especially enjoyable to us!

John Smith (aka Slide20xl) really enjoyed the music from CrossCode and spent some time making an amazing track inspired by the Autumn’s Rise theme! Check it out!!

I think that’s it. I hope you enjoyed this update as much as we did and it’s always great to see people spread the word about our game!