Fanart Contest over, polished Indiegogo description, a special plan and CrossCode across Europe!

Good [fitting part of day] everyone! 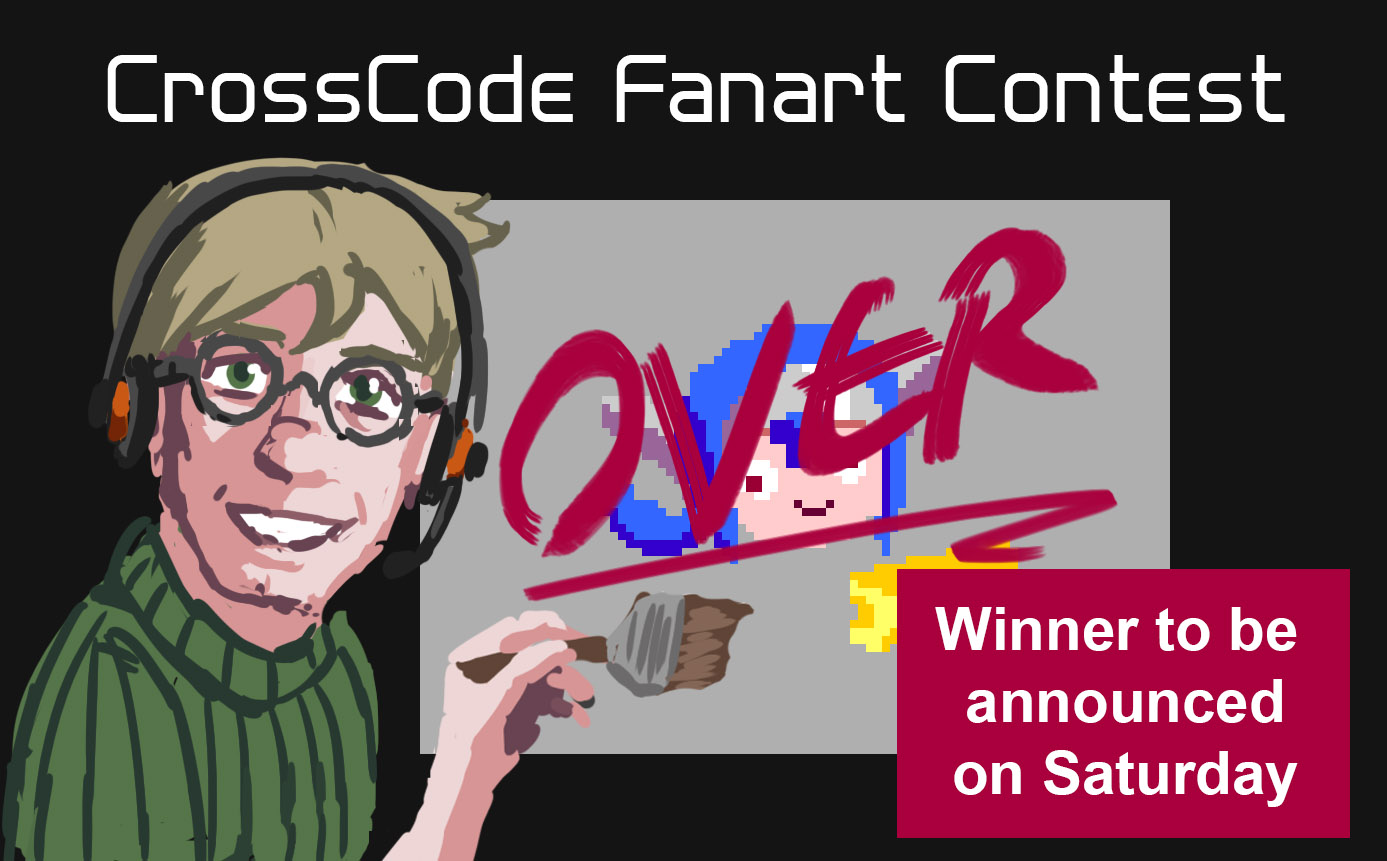 The CrossCode Fanart Contest has officially ended. We want to thank everyone who sent us their works, we are truly impressed how many great artists are among you! We’ll review everything as a team and give out the results in the next update!

That of course is not all for this update, though. We still got a bit more to report from our newly polished Indiegogo campaign, want to tell you about a special plan of ours and present you some surprising attention CrossCode is getting in France and Spain! Lastly there’ll also be a shout-out to another promising project that could use some help.

A lot of people asked us to make the frontpage of our campaign more expressive and add in graphics from our updates. So today we did just that! First we added the current version of the poster design and wrote a short description of what you can do in CrossCode.

Next we added better looking buttons for playing or downloading the demo, making it more visible for people and much easier to understand.

Finally we made it more clear how IndieGogo works in comparison to Kickstarter. Since we use the Fixed Funding option for our campaign, IndieGogo basically becomes pretty much like Kickstarter:

Also a lot of people were curious on how they can pledge for the campaign without Euros:

As you can see, you can pay with any currency! PayPal will do all the magic for us. The exchange range will be displayed on checkout. This works for credit cards, too!

A special plan, involving YOU

To give our campaign a significant boost for our additional 30 days, we are planning to use some of the awesome marketing feedback we got on SxSW and it involves you! Yes, you, our fans and supporters! We need your help in order to execute a funny little plan and see how it turns out. But check out this image first: 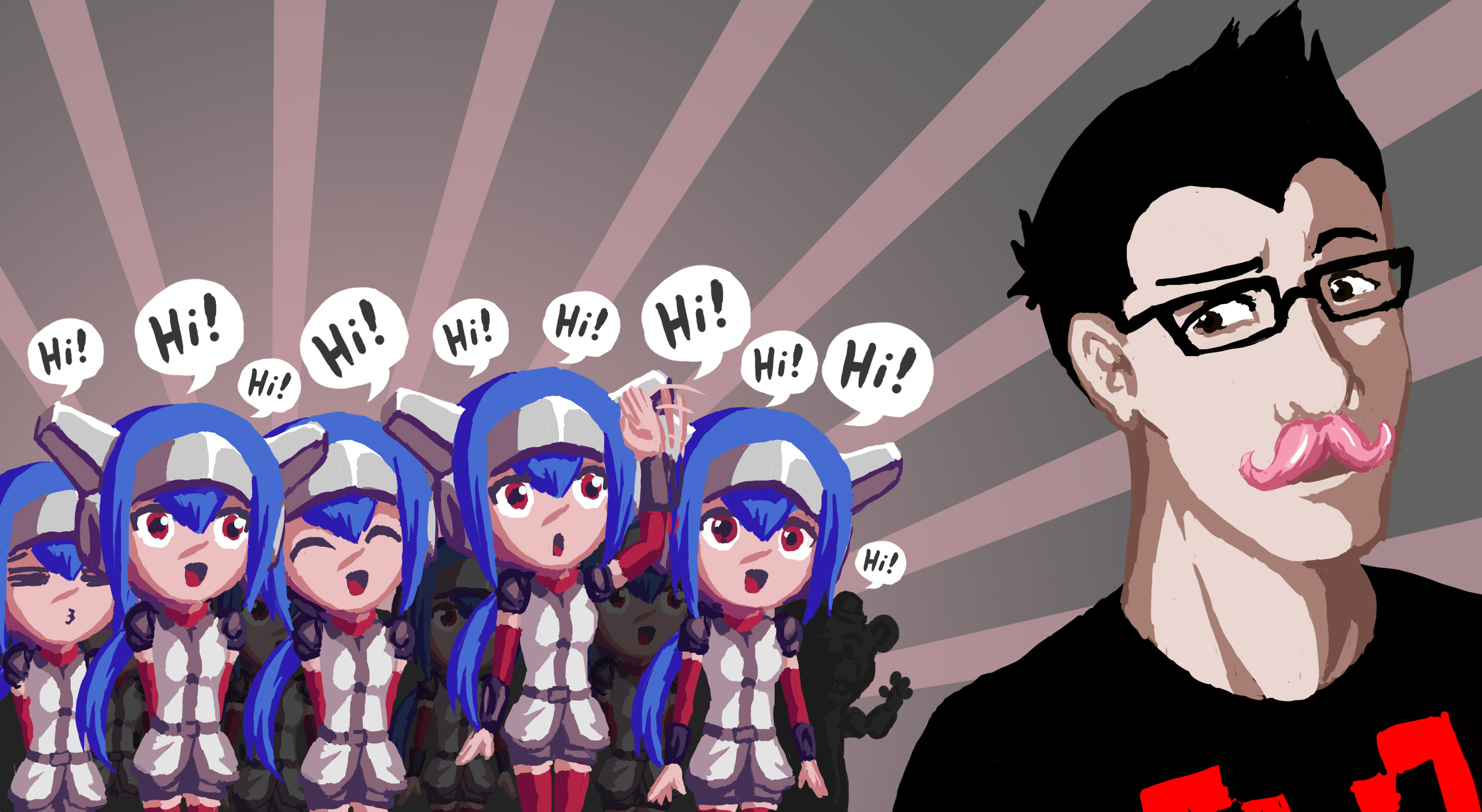 Do you recognize this guy? It’s Markiplier! He’s a famous Let’s Player, a pretty swell dude and also a big community person. But of course, he’s also a hard guy to get to! We already contacted him (and other YouTubers), as a lot of you suggested, but they get a lot of mails each day. That’s why we got this other idea:

It’d be great if you could help us get the attention of Markiplier by contacting him via YouTube, Facebook or Twitter, telling him about CrossCode and this campaign. Try to make yourself heard and show that you are interested in him playing it, but make sure to stay respectful.

Of course, you can also try to reach out to other people or suggest them to us as a target for future events like this one!

Tomorrow at 9pm CET (21:00) VoxMakers will have a live stream playing CrossCode!

It will be in French, though.

We got an article about CrossCode at IGN Spain and Vrutal.

This was followed by a wave of Spanish tweets.

It’s awesome to see how CrossCode is currently spreading out in Europe!

And I suppose we now have to consider more languages for our localization~.

Finally we want to give a little shoutout to a game that just started its Kickstarter campaign and already looks pretty promising! It’s called Mulaka and has an interesting idea that we like a lot, so give it a click!

That’s it for this update. We’ll see you tomorrow for the results of the Fanart Contest. Look forward to all those beautiful fanarts!